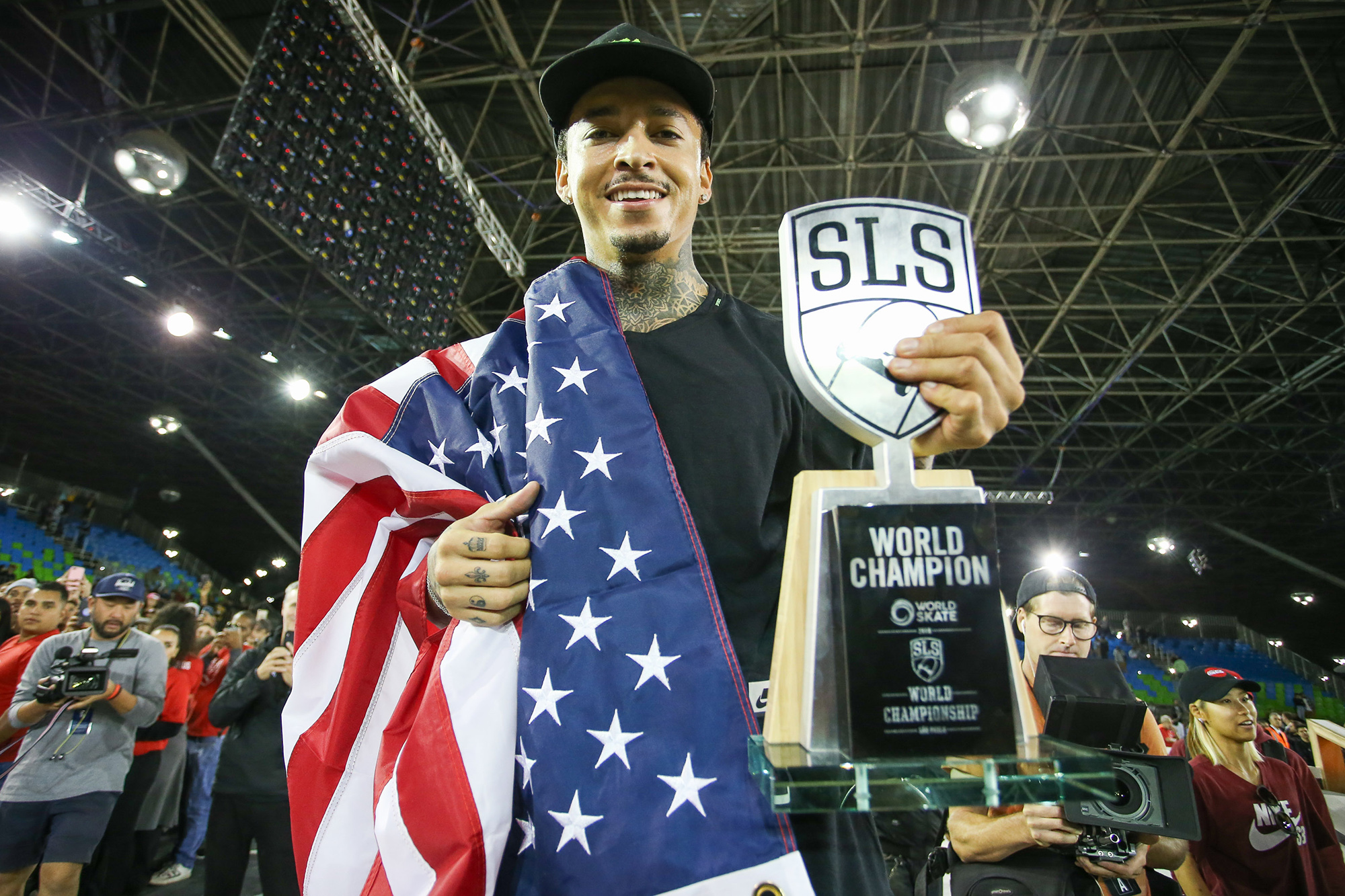 A skateboarding champion has been busted for allegedly throwing a party in Los Angeles that could have been a possible coronavirus superspreader event, officials said.

Nyjah Huston, a four-time world skateboarding champion, and Edward Essa, the owner of a residence in the Fairfax District, held a party last month with at least 40 people that were shut down by police over a noise complaint, the Los Angeles Times reported.

After the party, Mayor Eric Garcetti ordered the LA Department of Water and Power to shut off electric service to the home

The Jan. 9 gathering came as new cases were surging in the COVID-19 hotspot.

Huston and Essa were both hit with misdemeanor charges of creating a nuisance,

Officials had previously shut down other events at the home in September and the following month that had violated the mayor’s order banning large gatherings.

“During this crisis, my office has held those individuals and businesses who have had large indoor gatherings, violating important public health and safety orders, accountable,” said Mike Feuer, who is the Los Angeles City Attorney, the newspaper reported.

“During the pandemic, this enforcement is particularly important because party houses can produce superspreader events that jeopardize public health. We’re taking the steps to shut them down,” he added.