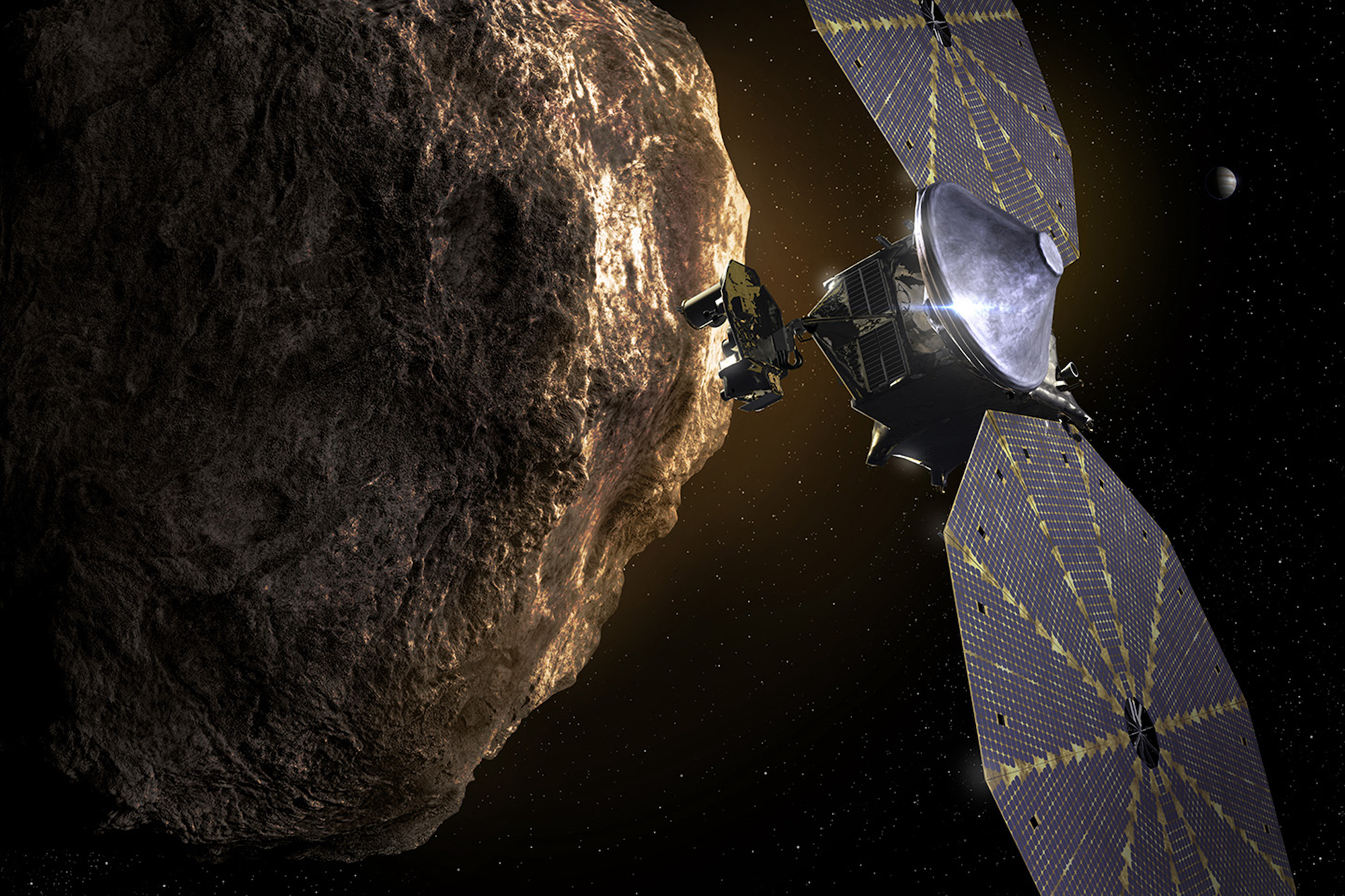 CAPE CANAVERAL, Fla. — NASA is debating whether to try to fix a jammed solar panel on its newly launched Lucy spacecraft, en route to explore an unprecedented number of asteroids.

The problem cropped up shortly after the spacecraft’s Oct. 16 liftoff on a 12-year journey.

After measuring the electric current this week, NASA reported Wednesday that one of Lucy’s two giant, circular solar panels is only between 75% and 95% extended. A lanyard is holding it in place.

Any attempt at reopening the wing — which is 24 feet in diameter (7 meters) — would not occur before mid-November.

So far, the problem has not affected Lucy’s outbound flight, so there’s no rush to figure out the next step, according to NASA. Everything else on the spacecraft is working properly.

The nearly $1 billion mission seeks to explore seven so-called Trojan asteroids that share Jupiter’s orbit around the sun and another space rock closer to home. Lucy should swoop within 600 miles (965 kilometers) of each target.